Subscribe to The Wizard WIRE for inspiration, updates and free resources!

My Story Positive Power Lines Contact About Us Login

Ed Peeples and Me 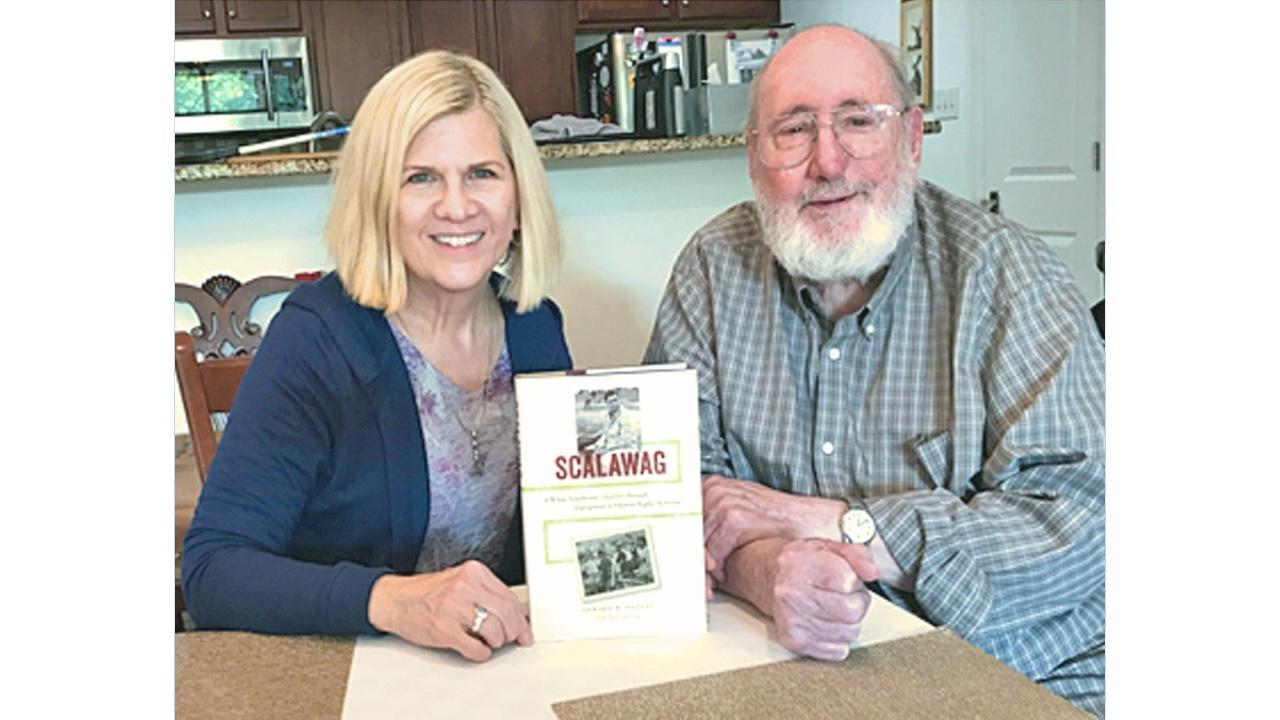 Edward H. Peeples, Jr. PhD, author, Civil Rights hero and social justice activist who passed away in 2019, sparked a miracle for me when he shared precious resources: his time and his attention.

"Ed’s gift of time, encouragement and mentoring altered the trajectory of my life. His positive influence becomes clearer for me with each passing year, and I am forever grateful."

I was a young mother and a student at Virginia Commonwealth University in the early '90s. Ed’s gift of time, encouragement and mentoring altered the trajectory of my life. His positive influence becomes clearer for me with each passing year, and I am forever grateful.

Ed taught an honors class at the university, and he quickly became one of my favorite professors. “A Critical Look at Contemporary Medicine” was interesting and challenging. I didn’t expect to see him after the class ended, though. He was a professor of Preventive Medicine and Community Health on the East Campus, MCV (now VCU Medical Center), and I was a political science major on the West Campus.

One lucky afternoon in my junior year, our paths crossed on Franklin Street that runs through the center of the university's campus in Richmond, Virginia. Ed greeted me and, upon hearing I was about to my senior year in the fall, he asked, “What do you plan to do after you graduate?”

I said I’d likely apply for a job within the Commonwealth of Virginia and might seek a master's degree, in order to teach.

Ed was a busy professor, some distance from his office, and it was kind of him to remember me. His question was surprising. Considering his obligations and busy schedule, I expected him to pass on quickly, with a: “Nice to see you again, Gloria. Good luck!”

But that was not Ed. I learned later that he always dug deeper, reached out, explored options and found ways to connect people, projects and promises.

Maybe you have been fortunate to have had a similar encounter. It’s quite an experience to be questioned by someone like Ed. He methodically works to reveal to you, and to the world, the best that is in you. He doesn't stop until he finds it. Then, he helps you see it and to trust it, too. He’d help nurture and develop your fullest potential.

Ed continued asking me follow-up questions: “What causes, what issues are you really interested in?” to which I replied, “Violence prevention, especially domestic violence.”

He then cautioned me to never specialize too much; instead, he urged me to think broadly. "Don’t niche," he said. "There are far too many specialists. We need more people with broader perspectives to see the connections between issues."

Every person Ed encountered received his full, piercing attention. He always looked for the best in you. And if you didn’t have a mission, he’d find you one!

By the time we said good-bye he had put together a plan for me to pursue a three-credit senior honors study with him as my advisor. He helped me acquire a grant to attend conferences and to pay for travel and research expenses. I began my study of “Violence Prevention Through Public Policy.”

Throughout my senior year, Ed guided my research and challenged my writing. We would role-play interviews, and he’d pepper me with questions until I grasped how to respond concisely and clearly. I worked that year and continued after graduation as a volunteer with his Metro Richmond Violence Prevention Consortium.

I wrote articles on gun control that were published locally and statewide. I spoke to groups that included lawmakers and lobbyists. I conducted research for a case related to gun violence for which Ed was an expert witness.

I was thrilled, but anxious, when Ed and I were to appear together on a local call-in radio show on gun violence. When he learned how nervous I was, he laughed, “Radio is wonderful. I look GREAT on radio.”

Many opportunities followed, and I began teaching, coaching and consulting with organizations and individuals on communication strategies. Thanks to Ed sharing his time and attention, I found work and a purpose that I love.

Because he talked so little about himself, I learned much about his amazing life from reading his autobiography, Scalawag, and I'll recommend it to anyone.

"The legacy he leaves calls on each of us to give an extra measure of time, attention and care to all who cross our paths."

My heart  breaks with the passing of this one-of-a-kind brilliant, hard-working, fun-loving, social justice warrior for the ages. The legacy he leaves calls on each of us to give an extra measure of time, attention and care to all who cross our paths.

Just today, I’ve thought of three things I want to talk to him about, to hear his unique take. Our friendship lasted more than 25 years, and I never chatted with Ed without needing a pen and paper to capture his insights. I will miss him dearly.

Perhaps, like Ed, we can share some wisdom, guidance and a pun or two with someone who is looking for guidance or a "mission." You never know where a follow-up question might lead.

Connect to the magic that happens when you communicate clearly and with purpose! In Positive Power Lines, I share stories and inspiration that show how confident, clear and connected communication makes a powerful difference in our lives.

Have a question or need a Positive Power Line™ for your communication challenge?

Begin Within: Prepare Yourself to Speak Like a Pro
Backlash Against Social Media: Is it the People or is it the Platform?
De-escalating Phone Rage

Stay connected with news and updates when you subscribe to the Wizard WIRE.

Get updates, news and free resources by email when you subscribe to The Wizard WIRE.